Be mindful of warning signs in housing market

2018 was another strong year for residential real estate in Colorado in general and Boulder Valley in particular, but what’s in store for 2019?

First, a look back at 2018.  Nationally, Colorado jumped from 10th to fifth among all states for one-year appreciation, with a 9.16 percent increase in home values.  Boulder County improved from 57th in 2017 to 41st in 2018, with over 9.5 percent price appreciation.  Below are the 10 “Vital Statistics” for Boulder Valley we track to gauge the health of the real estate market from year to year.

As you can see, most of the indicators point toward an appreciating market, though increasing interest rates and a drop in the percentage of homes under contract indicate potential signs of weakness emerging.

In the city of Boulder, the average price of a single-family home topped $1,215,000, which was up 11 percent from 2017.  However, Boulder also saw almost 50 fewer home sales than last year, which highlights our continued shortage of inventory.  The most affordable city in Boulder County continues to be Longmont, but even there, the average price of a single-family home is now over $460,000 and may reach $500,000 if its appreciation trend continues.

One statistic that gets very little attention is that we often see home prices dip slightly in the second half of the year as compared to the first.  As the chart below shows, we generally see appreciation through June or July, and then values trail off slightly.  What this chart means is that, if you’re a seller your best bet is to sell in the spring, and if you’re a buyer, try to buy in the fall when home prices are stagnant or dropping.

Locally, conditions in our area generally support continued appreciation in residential real estate.  The total number of active listings available is still less than half of what it was before the Great Recession, which is likely to keep home prices growing, especially as our economy remains strong (very low unemployment) and we continue to see net migration into our area.

There are, however, several trends that could derail continued growth in our market.  First, interest rates are almost a full point higher than they were in 2017, and I’ve discussed before how a one point increase in interest rates can reduce purchasing power by 10 percent.  The Fed had indicated its intent to continue to raise rates in 2019, however, the news from the Fed’s most recent meeting in January suggested that they may hold off until at least June.

Second, the potential for a recession in the next year or two could begin dragging on home sales.  One indicator is that the yield curve (which compares rates for short-term vs. long-term Treasury notes) has been getting flatter.  When the yield curve inverts (that’s when rates for 10-year notes dip below rates for 2-year notes), it is very often followed by a recession.

Finally, local no-growth and anti-growth policies, regulations, and mindsets are making it increasingly difficult to add inventory to our region.  The dearth of homes to sell could negatively impact our market — and it is the only factor here that we as citizens have a measure of control over.

2019 has the potential to be another great year for residential real estate in Boulder Valley, but we need to be mindful of the potential derailers mentioned above.

Pricing and prepping your home to sell at the highest price requires strategy, even in a red hot market like Boulder County.

The best strategy is the one that suits your personal needs and local market conditions. For those reasons, your Realtor is the most reliable advisor for pricing your home. Your Realtor also can offer insights on improvements that will boost your home’s appeal and value.

If you’re just beginning to consider selling, take a look at these pricing and prepping strategies reported by Realty Times. Depending on your local market, your Realtor may recommend these approaches to selling your home.

Price Just Under a Price Break

For a home valued at $600,000, list at $599,000 to increase the number of searches your home appears in and the potential buyers that see your home. Even better, prices that aren’t typical, such as $597,400, increase the perception of value.

The same $600,000 home could be priced at $575,000, which is slightly undervalued. This might seem risky, since all offers could come in right at $575,000. As the seller, you can counteroffer or decline any offer you don’t want to accept. The advantage is that an under-value listing creates a sense of urgency, potentially motivating more buyers to make an offer. If enough people do this at once, this creates a buyer frenzy and increases the likelihood of multiple offers and escalated prices.

Review a comparative market analysis of recently sold homes and those currently active, expired and off-market. Remember, it’s important to look at what isn’t selling, as well as what is. Your Realtor will prepare this report for you and recommend how you should price your home relative to the comparable listings nearby. Generally, it’s recommended to price you home within 10 percent of the average home price in your area.

When choosing which home improvements to make, go with those that will make a positive first impression and sell your home quickly for the lowest investment.

Two proven updates to make are:

Replace carpet that is more than five years old or looks worn or stained. Consider replacing the carpet with hard floors such as wood, bamboo or cork. Here’s an extra tip: Using the same material throughout each floor of your home makes it look bigger and creates the impression your home is worth more.

Apply a fresh coat of neutral paint to brighten your home and cover up scuff marks and dirt. Neutral grays and earth tones will appeal to a cross section of buyers. You can even freshen your kitchen with chalk paint, instead of going to the expense and inconvenience of fully remodeling. Chalk paint looks great and is hard to distinguish from the original finish.

Decisions on how to price and prepare your home for sale are important and influenced by local factors. So once you get past the considering stage, consult your Realtor for the best professional advice for your neighborhood.

Originally posted here by Tom Kalinski Founder RE/MAX of Boulder on Tuesday, May 22nd, 2018 at 2:16pm.

At the close of 2017, many were speculating that Boulder had finally reached a price ceiling at the limits of people’s purchasing power. The speculation continued that prices in Boulder would level off for some significant period of time as the city waited for buyers to accumulate more savings, wages to rise, etc. After all, approximately 40 percent of the homes sold in Boulder were over $1 million last year, so surely the pool of buyers able to buy a million dollar home must be depleted, right? The first quarter of 2018 has largely disproven that theory.

The average single family home price in Boulder reached $1,207,403 by the end of March, which represents a whopping 21 percent increase over the same period last year. Anecdotally in my real estate sales practice this year, I have seen multiple homes listed over $1.3 million ultimately sell for at least $200,000 over asking price. On the seller side, it is a cause for celebration, as the next chapter of their lives will be unexpectedly more comfortable. On the buyer side, it can be incredibly frustrating and demoralizing to save for a major purchase, believe you are well-positioned to make your dream come true, only to have the finish line moved forward on you. When you include the fact that about one quarter of the city’s recent home purchases have been cash transactions — and mortgage interest rates are a full point higher than last year — you begin to understand the size of the challenge facing buyers.

Looking back to 2008, you can see that home prices have almost doubled in the last 10 years (see City of Boulder chart).

Looking back even further to 1978 (see Appreciation chart), one can see that this appreciation trend is not an anomaly in Boulder. In fact, according to the Federal Housing Finance Agency, Boulder County has appreciated more than anywhere else in the country going back to 1991.

I have used earlier versions of the chart [to the right] in previous articles to try to assess when our current appreciation cycle would level off. Back then, I noted that the pattern going back to 1978 would have predicted that our appreciation cycle would have ended in mid-2017. I further stated, however, that there were factors present today that were not issues previously, the most prominent of which being that Boulder has almost reached full build-out under current zoning regulations.  That is, we are much closer to running out of land now, which will continue to put upward pressure on existing homes.

What does all of this mean?

Crossing the $1.2 million threshold means that Boulder is becoming disconnected from the surrounding cities. Some call it becoming a “resort market” like Aspen, others compare it to Silicon Valley (Nerdwallet published a study in support of this assertion, wherein in Boulder was listed in the top five least affordable housing markets, along with San Francisco, Silicon Valley, Honolulu and San Diego). However you characterize the situation, it is becoming clear that this is not an aberration and the challenges facing buyers will likely continue to mount as summer approaches. 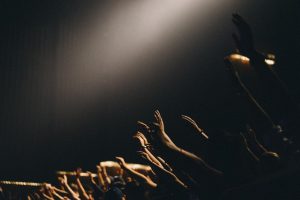