Council may be stealing economic opportunity 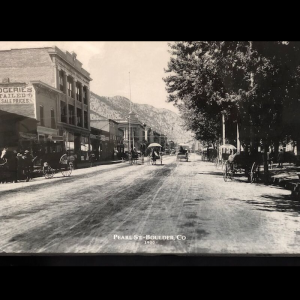 If you are like a lot of people, your eyes may start to glaze over at the mere mention of “Opportunity Zones,” but stick with me as there is a fascinating story of apparent desperation, questionable motives, and possibly deceitful tactics in order to stem any growth in Boulder.

What are Opportunity Zones anyway?

Opportunity Zones were created by the 2017 federal tax reform package, the Tax Cuts and Jobs Act, as a way to incentivize investors to improve and revitalize communities across the country that have languished while the rest of the US enjoyed a terrific boom.  Specifically, an Opportunity Zone is a census tract that Congress designated as eligible (read struggling) to receive private capital investments through “Opportunity Funds,” which allow investors to receive a deferral, reduction, or possibly even elimination of federal capital gains taxes, depending on how long they keep their money invested in a qualifying property and how much they improve it.

This is where the story gets interesting.  Gov. Hickenlooper, seemingly with support from Boulder at the time, designated a Boulder census tract that runs from 28th to 55th Streets and from Iris to Arapahoe Avenue as an Opportunity Zone.  While virtually every other municipality welcomed these designations as an opportunity to revitalize their struggling communities, the Boulder City Council placed a moratorium on its Opportunity Zone, blocking investment.  And did I mention that this is a limited time offer?

If you are new to the area or have not been following local politics closely (and who could blame you?), it might seem surprising that Boulder would block such investments.  However, as discussed in a previous column, a majority of the Boulder City Council appears to be beholden to Boulder’s CAVE people (Citizens Against Virtually Everything) who do not want growth of any kind.  It seems they want things to be like it was “back then,” an apparently bygone era with fewer people, fewer businesses, etc.  When viewed through this lens, their actions, though by definition counter productive, make sense.

And now for the master stroke of the CAVE people: make it look to the public like they are lifting the moratorium, when they are actually downzoning large parts of the city.  Under the guise of lifting the Opportunity Zone moratorium and updating “use table standards,” the city will effectively downzone thousands of properties (not just in the Opportunity Zone), limiting office uses to 25 percent of floor area in the BR, BMS, and TB business zones, and limiting small office uses in residential zones.  This will make any existing building in an affected business zone with more than 25 percent office space a “non-conforming use,” meaning that changes or expansions to this use would require city approval through a non-conforming use review.  And what do you think the chances of getting approved would be?

This proposal by the city council runs counter to its stated positions on the environment, not to mention its own Boulder Valley Comprehensive Plan policies supporting creation of 15-minute walkable neighborhoods and other policies favoring mixed-use planning, smart growth, and pedestrian uses.

If you are so inclined, you can share your opinion with the city council at council@bouldercolorado.gov, or if you are really motivated, you can attend the council’s public hearing at 6 p.m. on Sept. 3 at 1777 Broadway.