The changing definition of ‘luxury’ in Boulder Valley homes

As one reflects on the real estate market performance in the first three quarters of 2021, it is easy to recall that, in the not too-distant past in Boulder Valley, a “$1 million home” was 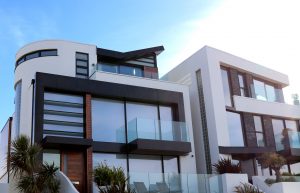 nearly synonymous with a mansion: a large, stately home with very high-end finishes on a large lot, possibly with breathtaking views.  As recently as 2014 in Boulder County, only about 5% of homes (both single family and attached) sold for more than $1 million.  That equated to the top 200 homes, which spent an average of 112 days on the market before selling and, on average, sold for about 96% of their list price.  Back then, these million-dollar homes seemed to fit our collective sense of luxury.

Suffice it to say that times have changed rapidly around these parts and what was once thought of as the benchmark for luxury is now a below average home.  You read that correctly.  The average single-family home in Boulder County is now $1,045,652!?!  When you include attached homes alongside single family, almost 30% of all housing units in Boulder County sold this year went for over $1 million, which is nearly six times higher than 2014.  Stated differently, we increased from 200 home sales over $1 million to more than 900 such sales.  And I can assure you that many of these homes do not embody “the state of great comfort and extravagant living,” which is the standard definition of luxury.

Thus, it is safe to say that the average million-dollar home in Boulder County today would likely not be considered a luxury home.  So, what then?  Would doubling this amount to $2 million do it?  Consider the following.

In the first three quarters of 2021 in Boulder County, 225 single-family homes sold above $2 million, representing about 9% of all home sales. This $2 million-plus share of home sales in 2021 is somewhat higher than the $1 million-plus sales figures back in 2014 (9% vs. 5%), but it does move the needle back toward exclusivity and extravagance (though the latter is a stretch).  So, $2 million might be a workable definition for luxury homes in Boulder County, for now.

But even this doubling from $1 million to $2 million may not be enough to define luxury in the city of Boulder.  So far this year, 132 homes — more than 22% of all single-family homes sold in Boulder — went for more than $2 million.  When almost a quarter of all homes fetch at least $2 million, the lack of rarity makes it a strain to call them “luxury.”  Indeed, more than a few of these homes could be characterized as “fixer-uppers” or at least very dated.

So, if even $2 million is insufficient to qualify as luxury in Boulder, where does that leave us?  Well, perhaps all this focus on luxury has caused us to lose sight of what this means for the rest of our housing market. Perhaps if we fixed some of the imbalances in our market, the luxury end of the market will correct itself.  Perhaps it is time to reconsider some of our zoning and land use laws in Boulder and Boulder County to allow (a) greater density in cities and (b) construction of additional housing. These kinds of measures would alleviate some of the (bordering on out of control) upward pressure on home prices, allow people to live closer to their jobs (better for them and the environment), and likely foster a more diverse population, all of which would benefit our communities.

Jay Kalinski is the 2020 owner of ReMax of Boulder and ReMax Elevate.