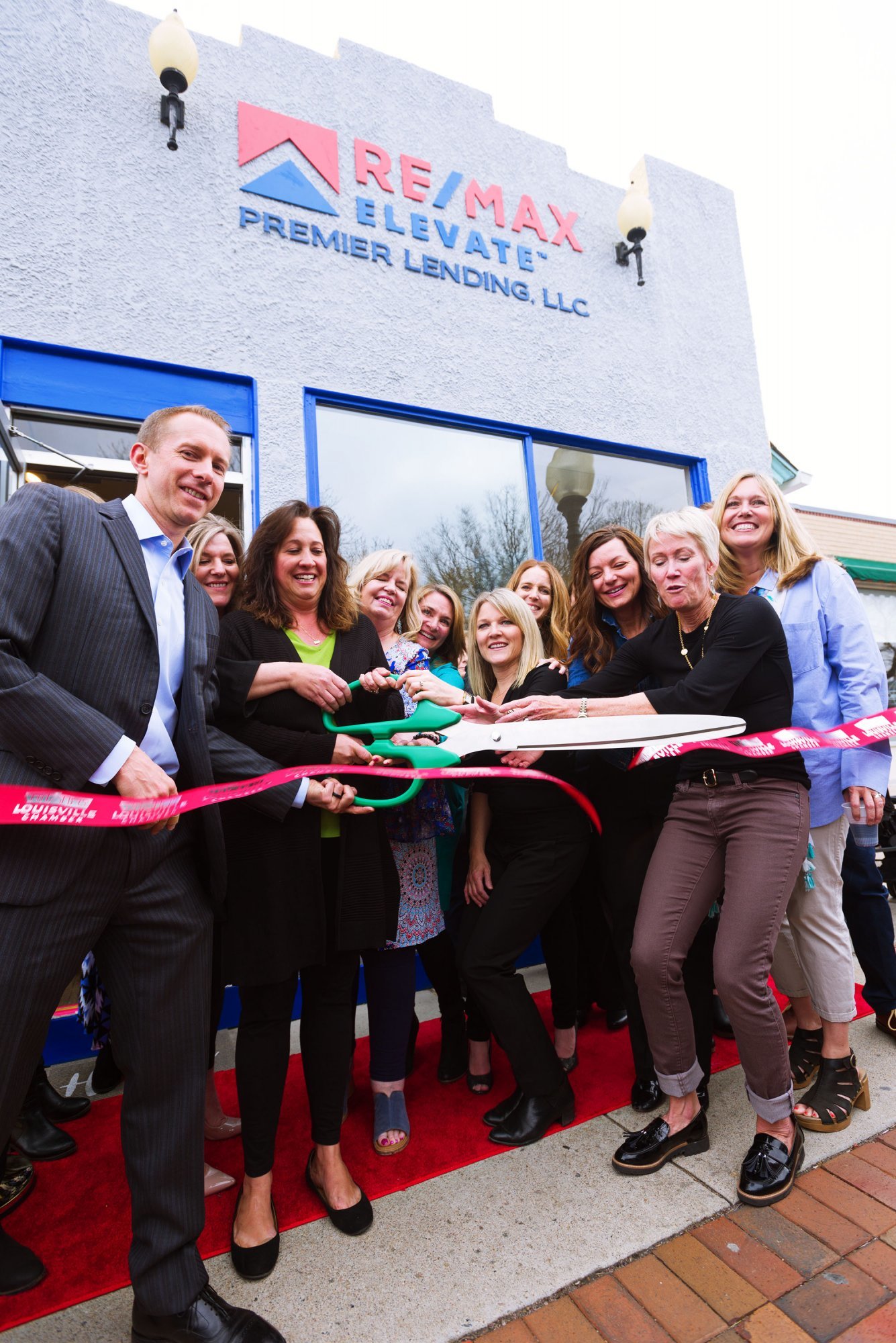 Why Louisville and why now?

Those are the questions RE/MAX Elevate, the sister franchise of RE/MAX of Boulder, had to answer when deciding whether to put roots down there with its first office. And the answers came easy. Louisville is to many the unofficial “Capital” of East Boulder County. Business booms there, school are great, families love it, and it’s been recognized numerous times in the national media as one of the safest and best places to live in the nation (Money Magazine’s “Best Places to Live” in 2009, 2011, 2013, 2015, and 2017, one of the “20 Safest Places to Live in Colorado” by Elite Personal Finance, and among the “10 Best Towns for Families in the U.S.” by Family Circle Magazine). Louisville is a great little city. In fact, 78 percent of respondents to a citizen survey rated Louisville as an “excellent” place to live.

So it was with much excitement that RE/MAX Elevate planted its flag at 724 Main Street and had its grand opening on May 1. The public was invited to enjoy a ribbon cutting ceremony with Shelley Angell, executive director of the Louisville Chamber of Commerce, live music by Louisville musician Johnny O., wine and sangria tasting with local Decadent Saint winery thanks to Premier Lending LLC, small bites by local Wildcraft Kitchen, desserts from Bittersweet Café & Confections, and flower arrangements donated by Red Door Flowers. RE/MAX Elevate thanks the sponsors and vendors who made it such a special day in Louisville.

It is with much excitement that RE/MAX Elevate planted its flag at 724 Main Street in Louisville and had its grand opening on May 1. (Photo: Jonathan Castner)

RE/MAX Elevate Broker/Owner Jay Kalinski. “It’s an ideal place to live and do business with a great quality of life. We Heart Louisville. That’s the sentiment you’ll see on t-shirts and stickers for RE/MAX Elevate.”

Jay says that for those who want a little more space to live in, along with the beauty and amenities of Boulder County, Louisville is a remarkably attractive choice.

Lest our readers think this is a case of a national “chain” without ties to the community setting up shop in a hot market, a brief history lesson is helpful.

RE/MAX of Boulder was founded 42 years ago in Boulder by Tom Kalinski. At the time it opened for business, it was only the third RE/MAX franchise in the United States. RE/MAX of Boulder has been the No. 1 company in Boulder Valley home sales for more than 30 of its 42 years and the No. 1 single RE/MAX office in the U.S. 8 times. The company has more than 100 award-winning Realtors who are among the best in the nation, averaging more than 15 years of experience. They are seasoned experts with the utmost dedication to clients, going far beyond the extra mile to help them navigate an often challenging market. Jay became Co-Owner of RE/MAX of Boulder in 2012 and helped further expand the company to where it is today, serving as Broker/Owner for several years.

While Jay remains co-owner of RE/MAX of Boulder, he has turned Broker duties back over to Tom, so he can focus on expanding RE/MAX Elevate. Jay is a Boulder native, CU-Boulder alumnus, and Tom’s son. Jay, a lawyer and military veteran, says, “We’re thrilled to introduce RE/MAX Elevate to Louisville, where many of our founding real estate agents – and their families – live, work, and go to school, and where our clients are selling or searching for homes. We are rooted in the community.”

Jay has been a licensed broker for 10 years and a licensed attorney for 14 years having worked at several prominent law firms and serving 4 ½ years on active duty as an Air Force JAG officer. “We are committed to the city of Louisville, East Boulder County, Broomfield, and beyond,” Jay says. “And as a small local veteran-owned business, we are excited to be actively involved in the local entrepreneurial community and with nonprofits and community organizations and to support the vitality and wellbeing of the community.”

Realtors in both offices have donated gift baskets from Louisville businesses for a free drawing, which kicked off during the grand opening party. Drop by any day during business hours in May to enter. Tickets will be drawn and winners announced during the Taste of Louisville on June 1. And to celebrate the opening of the new office, RE/MAX Elevate is sponsoring the Louisville Public Library’s Summer Reading Program. RE/MAX Elevate along with RE/MAX of Boulder are giving back to the community by co-sponsoring the Louisville Downtown Street Faire on Friday nights thoughout the summer.

Jenni Hlawatsch, owner of The Singing Cook, the business next door to RE/MAX Elevate where she continues to be a neighbor, is looking ahead as she welcomes the new office. She says, “While I’ll miss my Book Cellar neighbors, I look forward to the new business relationship with Jay and the RE/MAX Elevate team who are eager to support and get involved in all the goings on in downtown Louisville.”

“We’re delighted to welcome RE/MAX Elevate to downtown Louisville,” says Louisville Mayor Bob Muckle. “Their contributions to the local economy and strong tradition of community involvement will be a win for us all.”

By Darren Thornberry, At Home
Photos by Jonathan Castner and Flatirons Pro Media

Originally Posted by RE/MAX of Boulder